The large-size cinema posters on street corners or at cinema entrances were a familiar sight to anyone travelling to India up until the 1990ies. These film posters were painted in oil on canvas or on plywood, were created by talented artists working in small studios in the Hindi film capital Bombay, the centre of the world's largest film industry. Today the boom in handpainted cinema posters is over, unfortunately. The film industry is increasingly moving toward uniform marketing campaigns using mega billboard prints with photographic motifs. The few remaining painter studios are diversifying by producing portraits of politicians, local advertising campaigns or commissioned work for private customers. 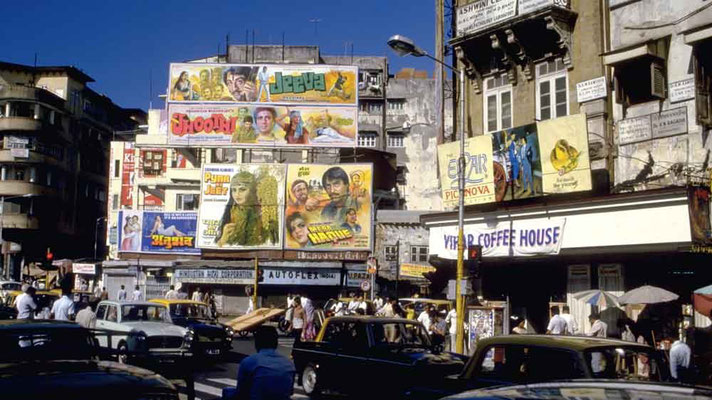 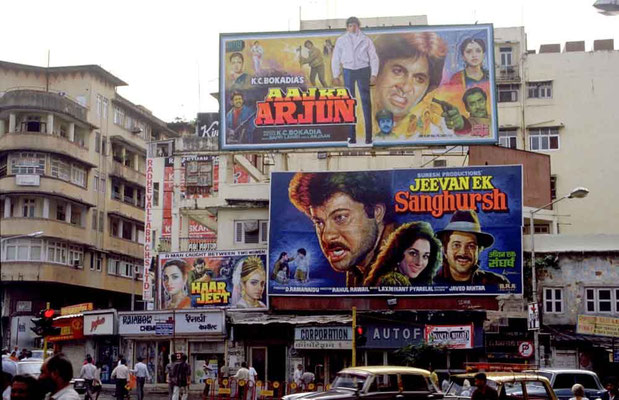 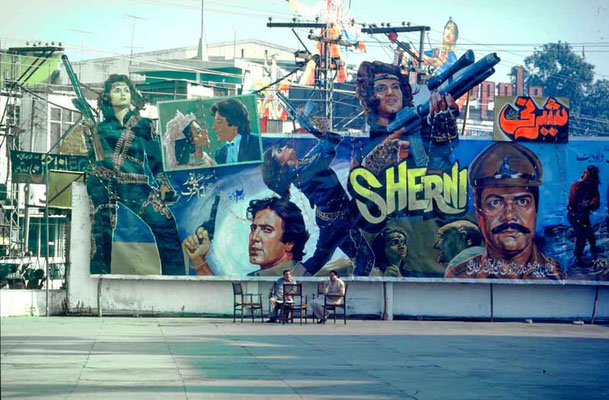 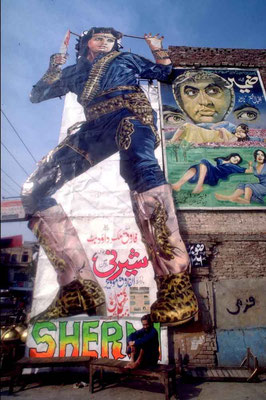 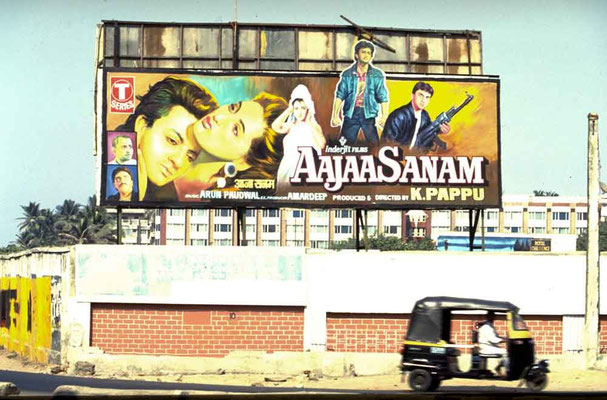 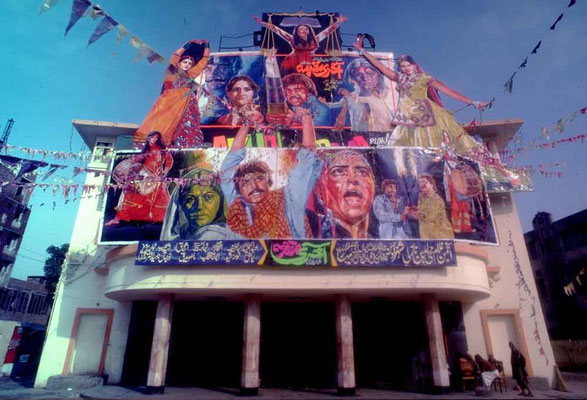 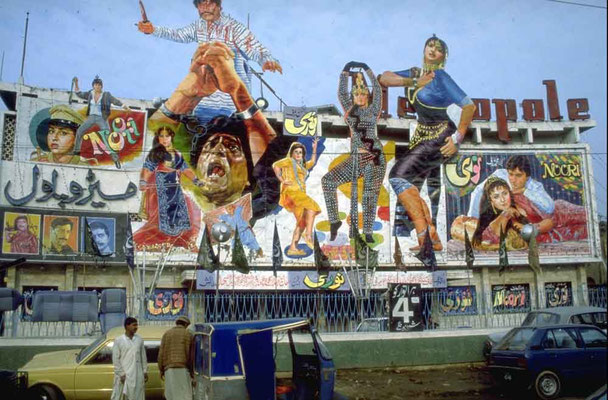 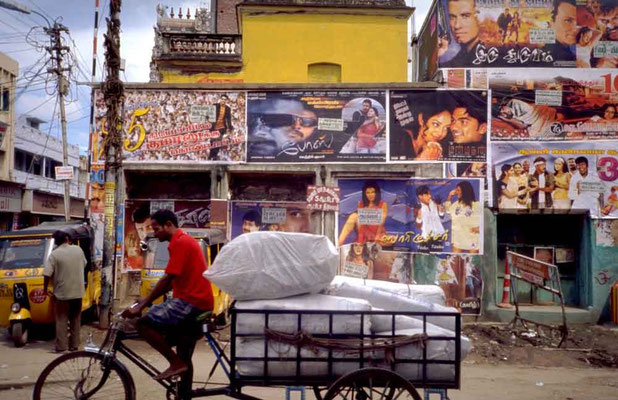 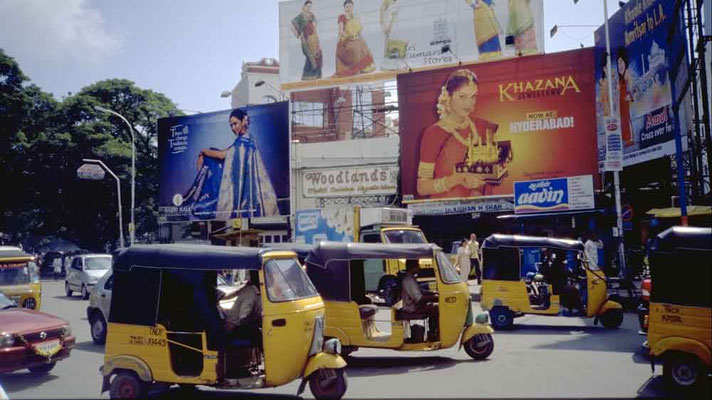 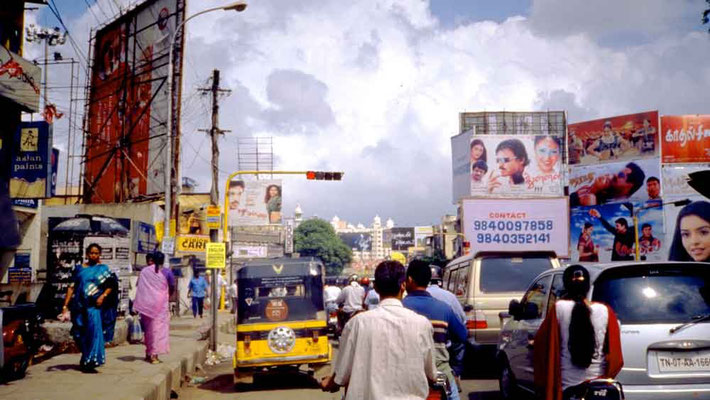